28.09.2021. Kaliningrad – Gennadiy Abramenkov, Director of EDB Fakel (a part of the Integrated structure of JSC NPO Energomash of the Roscosmos state corporation), presented to the Minister of industry and trade of the Russian Federation Denis Manturov products of EDB Fakel during the Denis Manturov’s visit to the Kaliningrad region.

The Presentation took place in the framework of an exhibition of products produced by enterprises of the Kaliningrad region. The EDB Fakel’s booth was one the first ones visited by the minister. Gennadiy Abramenkov informed about the results of EDB Fakel activities and about the newest engineering developments having paid special attention to the wide range of electric thrusters created for spacecraft orbit correction. Having listened to the Gennadiy Abramenkov’s report, the Head of the Russia’s industry and trade ministry thanked EDB Fakel’s management for high results and unique achievements, having emphasized that the customers of the products are leading companies of the rocket-and-space industry in Russia and abroad. 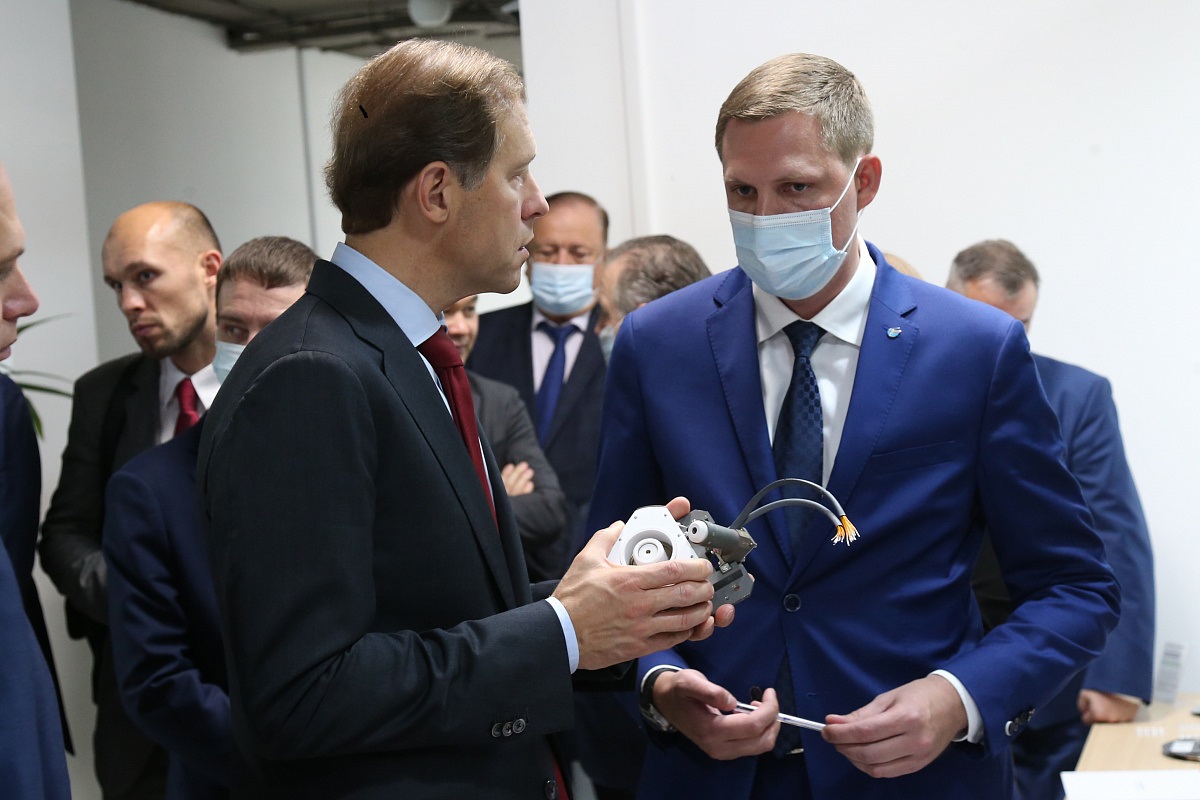