9 October, Kaliningrad. – Under the sponsorship of EDB Fakel in the municipal library named after Alexei Leonov the winners of the Space odyssey-2021 contest were awarded with prizes. The contest for children and teenagers has been held since 2015 on the initiative by the library and this year the event is dedicated to the 60th anniversary of the first human flight into outer space. JSC EDB Fakel has been giving a support to this contest for 6 years assessing the works as a jury and providing sponsorship.

The best contestants in the age from 7 to 18 years old were assessed in 6 categories: a short-form literary work, painting, decorative and applied arts, technical creativity, amateur film, family talents.

The variety of categories enabled the contestants bring to life their boldest thoughts and ideas in individual and family works. The schoolchildren and their parents showed a great interest in the topic of space and airspace exploration with more than 500 works submitted for the contest.

For all the winners of the Space odyssey-2021 EDB Fakel prepared gifts, souvenirs and also organized an excursion to the enterprise’s museum for the schoolchildren to get familiar with the history of the domestic cosmonautics, which is full of bright events and achievements, and touch the dream of space conquer – the dream that is the first step of human to the unknow. 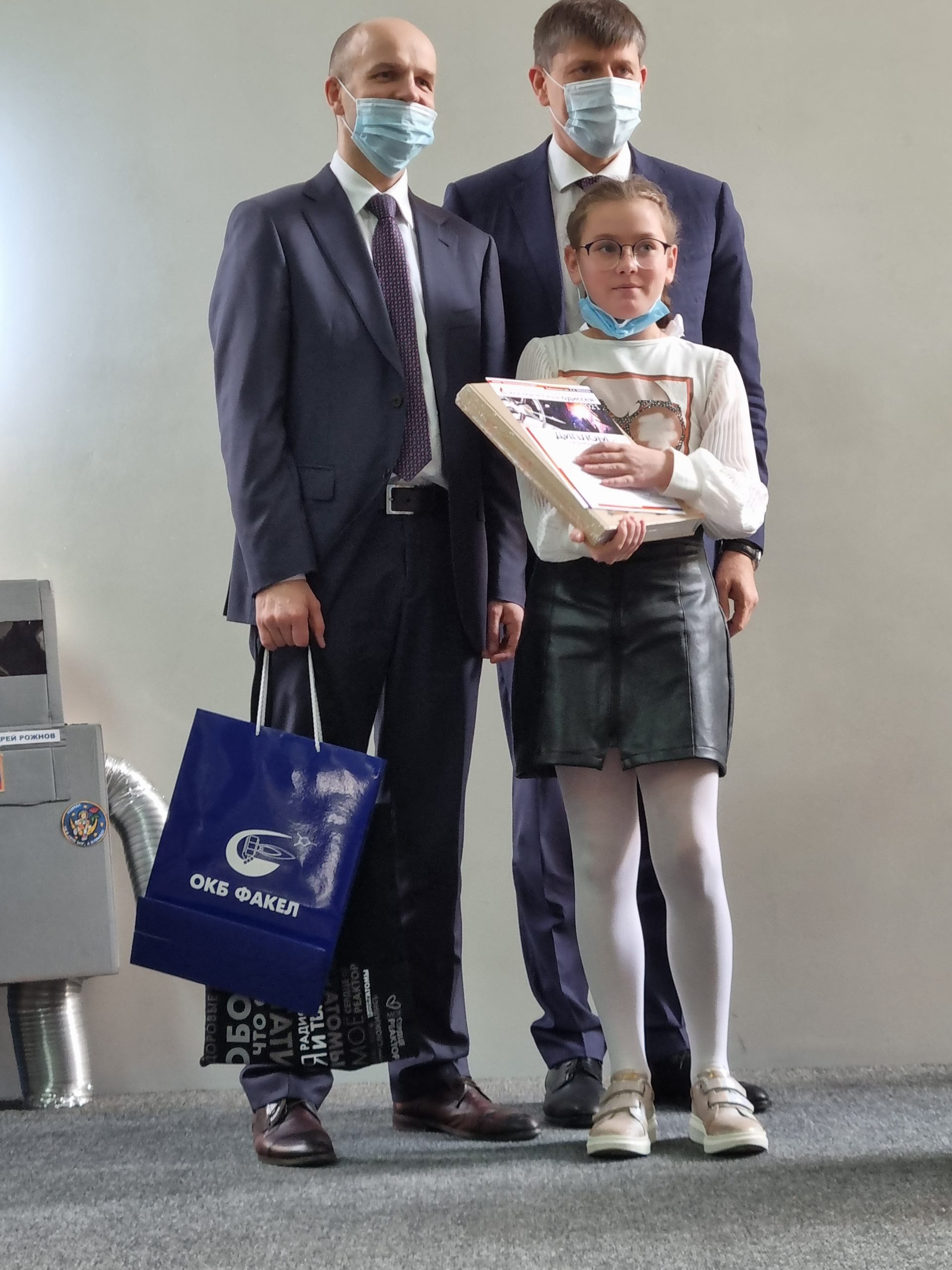 ROSCOSMOS is the state corporation established in August 2015 for a comprehensive reform of the rocket and space industry of Russia. ROSCOSMOS ensures performance of the state policy in space industry and normative regulation. ROSCOSMOS also places orders for development, production and delivery of space hardware and space infrastructural objects. In edition, one of its functions is to develop international co-operation in space industry and provide conditions to use the results of the space activities for a social and economic progress of Russia.