At the exhibition the enterprise’s specialists demonstrated a line of the SPT-100 type of stationary plasma thrusters, PlaS models thrusters, Faberge-34 thrusters, as well as ТК 500М, К-50-10.5 thermo-catalytic thrusters. Apart from that, a module for Xenon gas distribution for low Earth orbit small spacecraft was demonstrated. EDB Fakel’s specialists developed all of them. 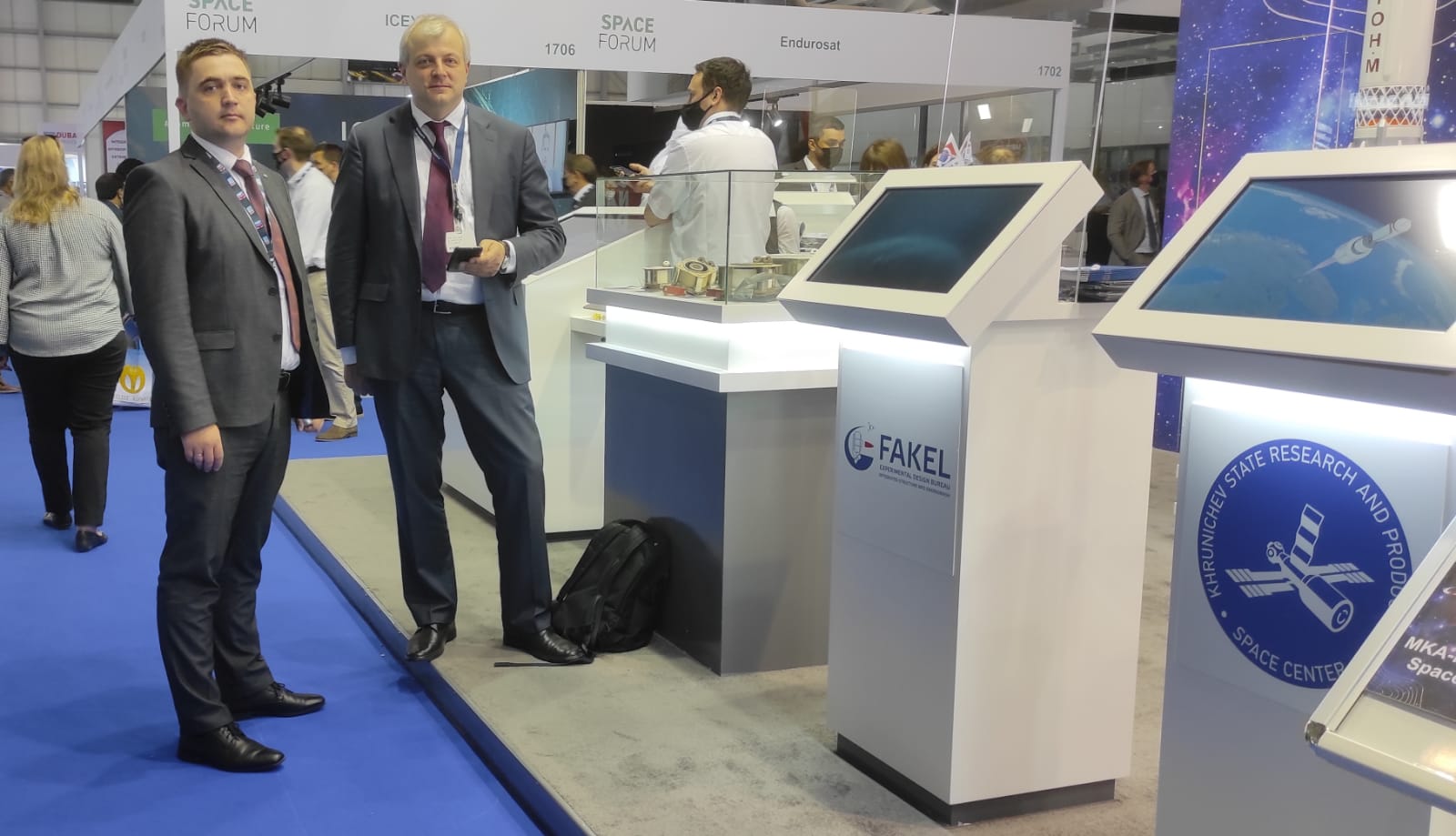 JSC EDB Fakel (a part of the state corporation Roscosmos) is one of the leading enterprises in development of electric propulsion systems and thermal catalytic propulsion systems operating using Hydrazine. Fakel has a production experience in serial and mass delivery of thrusters both in commercial and state market segments. The share of the thrusters production in the world for spacecraft is about 10%. More than 70 Russian spacecraft (more than 60% of the Russian orbital constellation) and 30 Western spacecraft are equipped with thrusters developed and produced by EDB Fakel. As of the beginning of 2021, more than 655 spacecraft launched with EDB Fakel’s products. Today EDB Fakel’s partners are ISS Reshetnev, RSC Energia, Khrunichev State Research and Production Center, Lavochkin Research and Production Association, Research and Production Corporation VNIIEM, Maxar (USA), Airbus, TAS (France), MELСO (Japan), IAI (Israel), OHB (Sweden).

ROSCOSMOS is the state corporation established in August 2015 for a comprehensive reform of the rocket and space industry of Russia. ROSCOSMOS ensures performance of the state policy in space industry and normative regulation. ROSCOSMOS also places orders for development, production and delivery of space hardware and space infrastructural objects. Also, one of its functions is to develop international co-operation in space industry and provide conditions to use the results of the space activities for a social and economic progress of Russia