In the course of the meeting Vladimir Matveichuk paid a special attention to the implementation of the new unified system of payments for labor for all the employees of the Roscosmos state corporation. The system is aimed at the unification of payments for labor in the rocket and space industry, raising motivation and personal efficiency of the employees, as well as at the reduction of subjective influence of the head on the employee’s salary.

Vladimir Matveichuk noted that the implementation of the unified system of payments for labor will help the Roscosmos enterprises become more successful from the employees attraction point of view. The implementation of the new system will also enable to ensure a respectable salary to the people who contribute the most in the finished products. 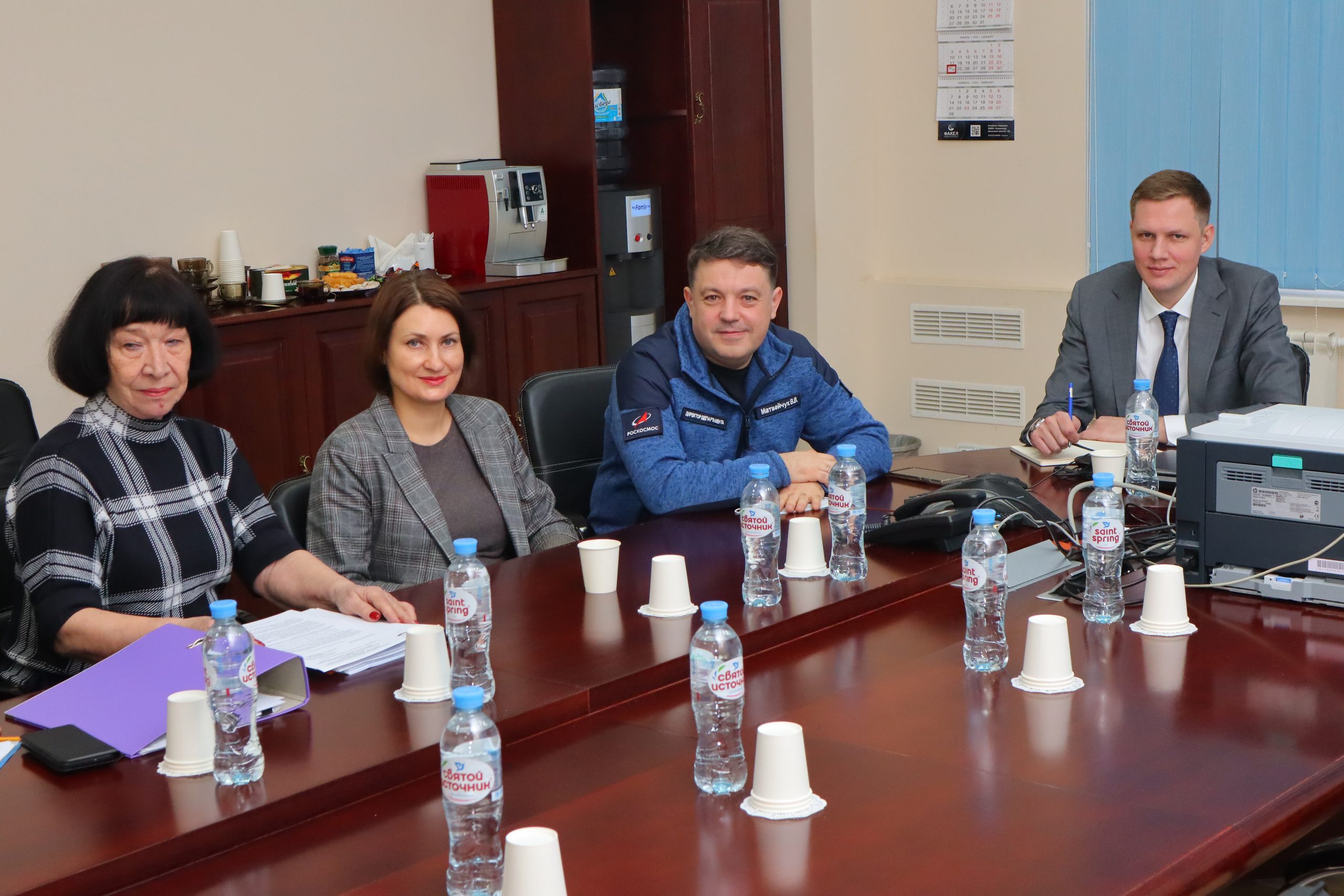 JSC EDB Fakel (a part of JSC NPO Energomash rocket engine manufacturing integrated structure of the Roscosmos state corporation) is one of the leading enterprises in development of electric propulsion systems and thermal catalytic propulsion systems operating using Hydrazine. EDB Fakel has an industrial experience in serial and mass delivery of thrusters both in commercial and state market segments. Thrusters made by EDB Fakel are recognized as the quality “standards” and in demand worldwide.

JSC NPO Energomash is the world leader in development of powerful liquid rocket engines for space launch vehicles. NPO Energomash has the unique family of liquid rocket engines with the thrust range from 60 up to 1000 tf, which can meet the needs of various class launch vehicles developers. Established in 1929. Awarded with the Order of Lenin, Order of the Red Banner of Labor and Order of the October Revolution.

ROSCOSMOS is the state corporation established in August 2015 for a comprehensive reform of the rocket and space industry of Russia. ROSCOSMOS ensures performance of the state policy in space industry and normative regulation. ROSCOSMOS also places orders for development, production and delivery of space hardware and space infrastructural objects. In addition, one of its functions is to develop international co-operation in space industry and provide conditions to use the results of the space activities for a social and economic progress of Russia.